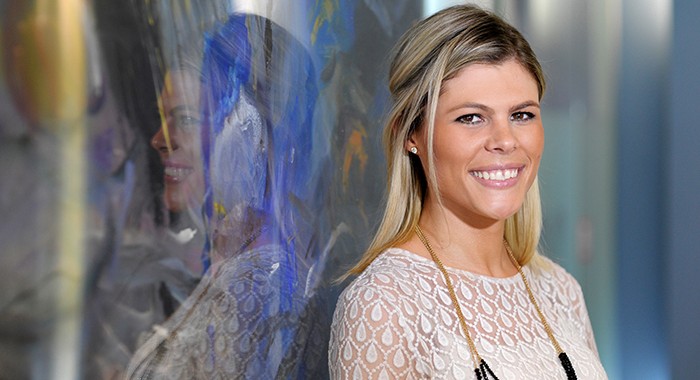 Jade is originally from a small country town in the Goulbourn Valley before relocating to Geelong to complete her university studies in 2011.
While at university, Jade volunteered and worked in the area of Law Reform at Barwon Community Legal Service, and completed legal internships in a range of areas namely,  Cameron’s Lawyers (Shepparton), Theobald Lawyers Pty Ltd (Nagambie) and ALMT in Mumbai, India.
She currently commutes from Geelong to Melbourne, where she assists with a range of legal matters at Altius Partners Lawyers. Jade mainly assists clients with conveyancing matters, migration matters and family law matters.
Jade enjoys playing netball, water-skiing, snow-skiing, gardening, travel and spending time with friends and family.

Jade graduated from Goulburn Valley Grammar School in Shepparton in 2008, before studying at Deakin University – Warrnambool and Geelong campuses. Jade graduated with a double degree of Law and Arts, majoring in Literature in 2014.
Jade then went on to complete the Practical Legal Training course at Leo Cussen Centre for Law, obtaining a Graduate Diploma of Legal Practice in 2014.
Jade was then admitted to the Supreme Court of Victoria as Australian Lawyer in February, 2015.

During her time at Deakin University, Jade was elected by the student body as Campaigns Officer and Co-President of Amnesty International, Deakin Geelong Chapter.
Whilst studying at Leo Cussen Centre for Law, Jade was also elected as Practical Training Course Liaison and Secretary of the Leo Cussen Student Association, as well as Group Representative for Group GH.

The law can be very complicated. So let us help you today!